A nice, neat bed doesn’t excite a lot of people. But when you’re a child who has never had a bed, it’s the best Christmas present ever.

A TBM mission team helped literally elevate children in financially struggling families living in unincorporated colonias in the Rio Grande Valley, building beds and giving them away during the days leading up to Christmas. Most of the children were sleeping on the ground and fighting over blankets before the TBM team provided beds, mattresses, sheets and pillows.

Upon receiving their beds, each child carefully made their bed, smoothing out the comforter, carefully placing their pillow at the head of the bed and laying on it for the first time. Wide grins spread wide across their faces. Parents were moved emotionally as they watched the scene unfold.

“One girl told us this morning after we put the bed together and put the blankets on it that this was the best present she’d ever received,” said team member Perry Graham.

In an already impoverished area where life is often hard, this year’s inflation is crippling to families. Money is being stretched as far as it can. In the midst of it all, the TBM team sought to bring help and hope.

“We’re honored to be able to serve these incredible families,” said Sabrina Pinales, TBM ministry advancement coordinator. “The parents are working hard to provide for their children. They just need a little help. Hopefully we gave them that and a little joy this Christmas.” 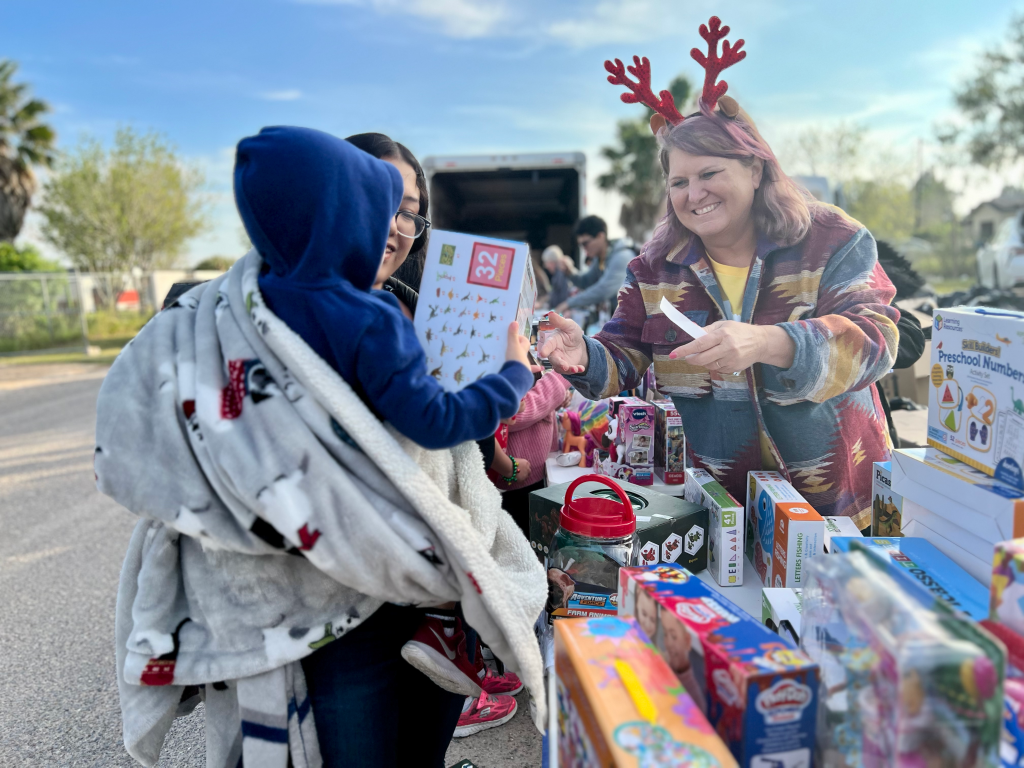 In addition to the beds, TBM volunteers distributed hundreds of Christmas toys to children in multiple colonias in the Edinburg area in partnership with Hearts4Kids, a ministry based in the area that regularly serves the families.

The team is made up of people from across Texas, including several college students recruited through Go Now Missions. Though most of them didn’t know each before the trip, they quickly came together as they served. Age and background didn’t matter; commitment to sharing God’s love did. Chris loves children and calls His followers to do likewise.

“It’s been fantastic, amazing,” said Hannah Thornton, a University of Texas at Arlington student. “Yesterday, we were able to help 200 kids with toys and food and blankets. It was awesome.” 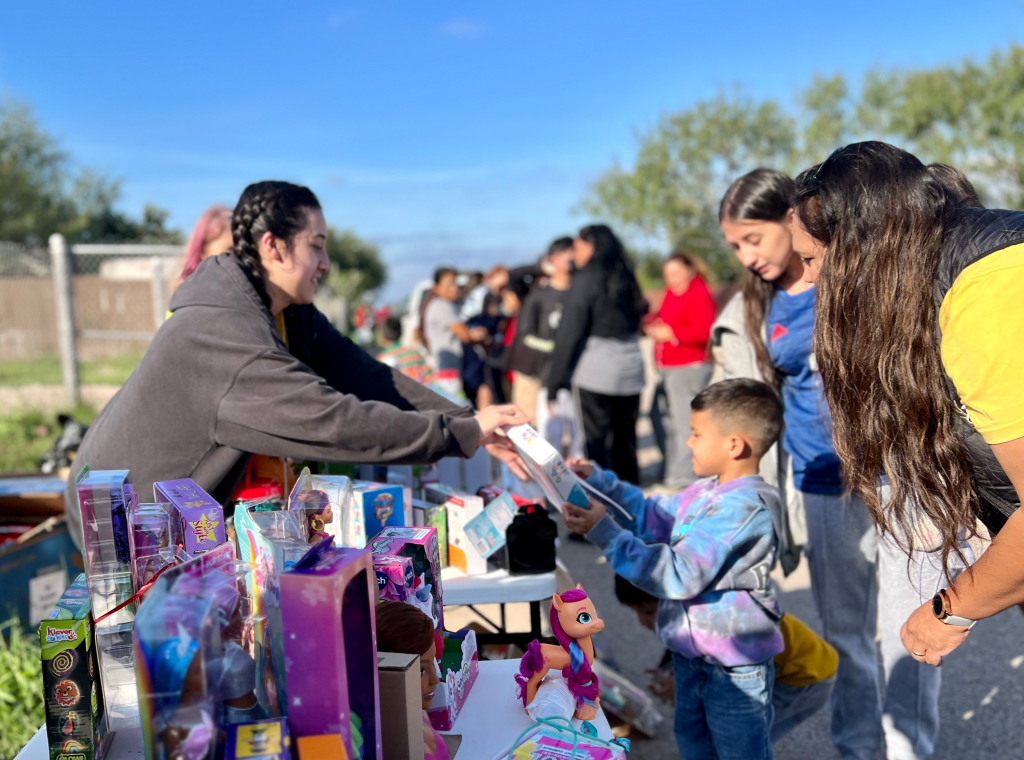 The team shares the gospel when possible and prayed with every family that received a bed. Each person who got a bed also was given a Bible signed by each mission team member.

The church where Graham is a member, Community Life Church in Forney, donated 50 bags of toys plus a selection of children’s bicycles. The team is serving long hours, but Graham said the effort is worth it.

“Just seeing the joy on the kids’ faces as they get a toy knowing they otherwise may not get anything,” Graham reflected. “It just lifts you’re heart and spirit. It makes it all worthwhile.”