The Lord said to Moses, “Yet one plague more I will bring upon Pharaoh and upon Egypt. Afterward he will let you go from here. When he lets you go, he will drive you away completely. -Exodus 11:2 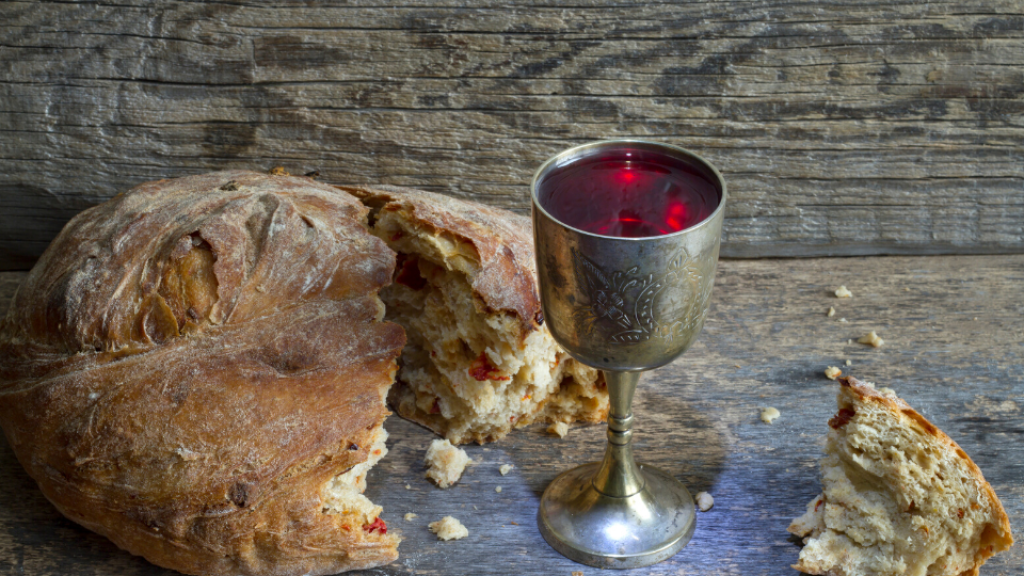 We have now reached the Thursday of Jesus’ last week on earth and the Lord's Supper. This event helps us see inside the mind of Christ and allows us to better understand how He viewed Himself and the cross before Him. This is one of the two major ordinances the Christian church observes today. However, if removed from its original context, this ordinance will be stripped of its power and significance. The context of the Lord’s Supper can only be understood as a redefinition of a Jewish holiday known as Passover. It was the Passover meal Jesus shared with His 12 apostles the night before His death.

The first Passover was in Egypt when the spirit of death brought destruction on the house of Pharoah as judgement for his wickedness and harshness toward Israel. The Lord instructed Moses to have all the people of Israel make meal preparations with a lamb and place the blood from the lamb on the doorposts of their houses. The blood of the lamb would be a sign to the angel of death that provision was made for those inside the house, and death would pass over that home. Death would not be experienced by those with the blood of the lamb applied to their house.

Everything in Jesus’ ministry pointed to the fact He was the Passover Lamb. He wanted to be sure His disciples understood this, so He spoke plainly to them during their final meal together. But what does this mean for you and for me? If Jesus really was the Passover Lamb then what He did by dying on the cross was more than just another crucifixion of a rebel leader. It was the ultimate sacrifice for provision from God. Since Jesus was the ultimate sacrifice for the whole world, does this mean  everyone is now free from the bondage of sin? Not necessarily. Remember the Passover story in Exodus? Only those who applied the blood of the lamb to their house were saved. In the same manner, only those of us who have applied the blood of the risen Savior to our hearts will be given freedom from sin and death.

A sheep farm  once had some ewe lambs die at birth. The mother sheep were still able to produce milk. There were several mother sheep that died giving birth, leaving the ewe lambs alive with no mother to receive nourishment from. The farmers decided to try and bring the living lambs to the mothers that were still alive, who were able to produce milk, but the living mothers kicked away the lambs who had recently been orphaned. This didn't make sense to the farmers. Why wouldn’t the mother sheep let the baby lambs have their milk?

Then they noticed the mothers turned toward the ewe lambs and smell their coat. If the mother sheep did not smell her scent on the ewe lamb, she kicked the lamb away. She knew the lamb did not belong to her and, therefore, would not let it come near. The farmers decided to take the blood off the dead baby lambs and place it on the living ewe lambs. They once again brought the orphan lambs to the mothers of the dead lambs. The mother would turn and smell the coat of the lamb, and because she now recognized her scent, she let the ewe lamb receive the provision of life. The lamb that was once an orphan was now accepted as a legitimate offspring simply because of the blood of a dead lamb. What a beautiful picture of what Christ has done for you and for me.

During the Passover meal Jesus claimed to be the true Lamb of God who will take away the sins of all who apply His blood to the doorpost of their hearts.

The challenge for today is this: Have you applied the blood of the lamb to your life and been forgiven? If not, today could be the day for you. Consider praying this simple prayer:

Dear Jesus, I recognize I am a sinner and have fallen short of your glory. I understand the penalty of sin is death and I am unable to save myself. Without you I will surely die in my sins. I believe you are God and you came to earth to live the perfect life I could not live and die the sinner's death I should have died. On the cross, you became my Passover Lamb and I believe  you have risen from the dead and are now Lord of all who call upon your name. I ask you to forgive me of my sins and make me a brand new creation. I will live for you from this day forward. In Jesus’ name I pray. Amen.

If you have just prayed this prayer then congratulations! You are a new child of God! You are no longer orphaned in your sin, but are now freed from the bondage of slavery to sin and are part of the family of God. I want to encourage you to tell your church. They will be thrilled to hear of your decision and will help you grow in this new way of life.