It was now about the sixth hour, and there was darkness over the whole land until the ninth hour, while the sun's light failed. And the curtain of the temple was torn in two. Then Jesus, calling out with a loud voice, said, “Father, into your hands I commit my spirit!” And having said this He breathed His last. -Luke 23:44-46 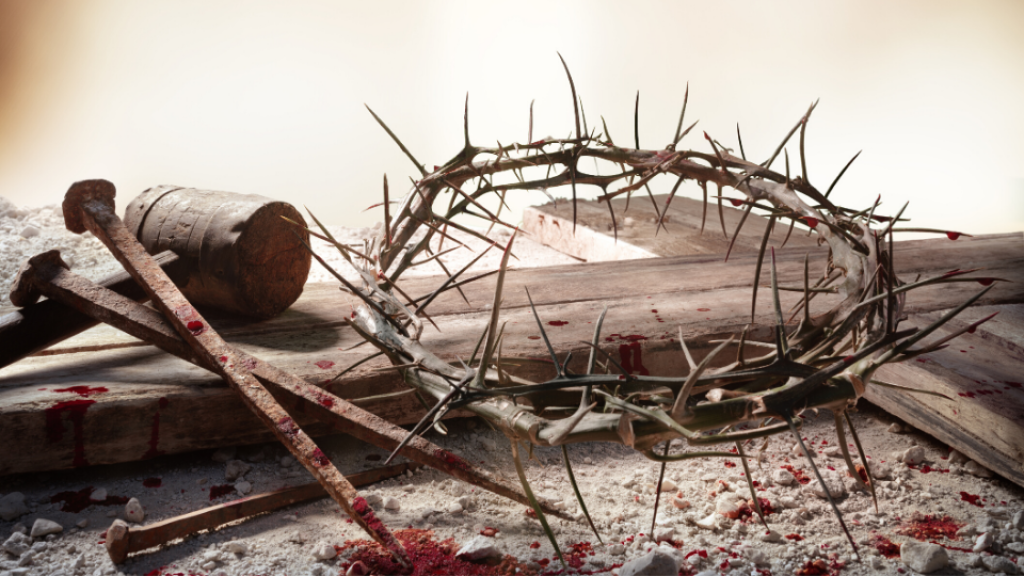 People often call the last week of Jesus’ earthly ministry Passion Week. Passion in biblical terms does not mean what we often think of when we hear that word. Today, passion usually has the connotation of desire, lust or barely controllable emotions. But Passion Week, often called the Passion of the Christ, has a deeper meaning. A.W. Tozer spoke of this type of passion as being a deep, terrible suffering. It is the suffering Jesus did as He made His priestly offering with His own blood for us.

Jesus has already been arrested, put on trial, mocked and beaten, condemned to crucifixion, forced to carry His cross, and now hung on the cross for close to six hours. We are getting a small glimpse into His final moments before He died. In the final moments before Christ died, three of the four Gospel writers all record the curtain of the temple being torn in two.

The high priest would make a sacrifice for his sins and then for the sins of the whole nation. He would move into the Most Holy Place of the temple and sprinkle the blood of the sacrifice on the ark of the covenant and make atonement for the sins committed that year. It was an annual atoning sacrifice.

Hebrews 9 and 10 show us that the high priest would enter the Most Holy Place behind the curtain only once each year. It was off limits the rest of the year. This was the place believed to house the very presence of God. The only way for the people to have access to the presence of God was through an earthly high priest that atoned for their sins once each year. Even then, this place was never accessible to the common person. Access to God was always through another person.

Since Jesus was a sinless human, He became our final Passover Lamb. He died once for all, for all people and for all time. There is no need for any other sacrifice. He became the penalty of sin and, thereby, satisfied the justice of God. All those of us who claim the blood of Christ in our lives are no longer viewed as sinners, but are now proclaimed as justified and free from wrath. This is what Jesus accomplished on the Friday of His final week on earth. And because of this we now have direct access to God the Father.

"Therefore, brothers, since we have confidence to enter the holy places by the blood of Jesus, by the new and living way that he opened for us through the curtain, that is, through his flesh, and since we have a great priest over the house of God, let us draw near with a true heart in full assurance of faith, with our hearts sprinkled clean from an evil conscience and our bodies washed with pure water. Let us hold fast the confession of our hope without wavering, for he who promised is faithful. And let us consider how to stir up one another to love and good works, not neglecting to meet together, as is the habit of some, but encouraging one another, and all the more as you see the Day drawing near." (Hebrews 10:19-25)