Where do you start when confronted with a war that’s displacing millions of people who have no idea what the future holds? Fifty-five years of disaster relief ministry have taught Texas Baptist Men to begin with the basics.

For the more than 1.5 million Ukrainians who have sought refuge in Poland since Russia invaded their home country, they need something to eat, somewhere to sleep and a place to regroup.

Teams of TBM volunteers are helping meet all three through the Baptist church and distribution center in Chelm, Poland near the Ukrainian border.

“We have three basic needs when we’re in a disaster: Food, shelter and safety,” said Gary Finley, TBM in-Poland coordinator at the start of the TBM relief effort in the region. “You meet those immediate needs, and it takes that worry off them so they can begin to get a grip on what their lives looks like and what they need to do while the war is going on.” 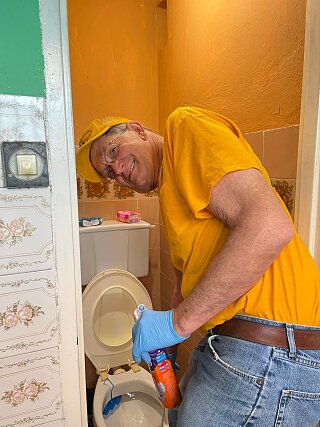 TBM volunteers are doing the dirty work it takes to keep a church facility that typically hosts 80 people on a Sunday functioning as a shelter for as many as 200 and serving 200 more each day. The Texans are cleaning toilets and showers, washing and drying bedsheets and making beds daily as people come and go.

Along the way, they’ve been able to encourage and even pray with Ukrainians using a translation application on their phones. Mothers often are worried about their children, brothers, husbands and parents back home and seeking people who will pray with them.

“We’re showing the world Jesus cares,” Finley said. “His people genuinely care. If you’re going to clean a toilet for somebody, that shows you care for them. We’re doing whatever it takes to provide help for people in this situation.”

The Chelm shelter is one of five in Poland and Ukraine that TBM is helping support financially and has committed to do so for months. Since the start of the invasion, TBM-supported shelters have ministered to more than 50,000 people by providing temporary shelter as well as aid to those who stop by.

That aid often comes from the Chelm distribution center where TBM volunteers unload truckloads of supplies, sort the items and then load them into vans headed to shelters across Poland and into Ukraine. Working alongside volunteers from around the world, Texans have helped send more than 300 tons of supplies across the region.

Before each van leaves for Ukraine, warehouse volunteers circle around the drivers for a time of passionate prayer for protection. Many of the items are bound for war-torn areas or cities that are under attack.

“We started the day with prayer,” TBM volunteer Rick Crouch wrote while serving in Poland. “And Wow! Powerful Prayer. Folks from the UK could really pray in the Spirit. We filled trucks, loaded pallets and prayed over drivers heading into danger in Ukraine.” 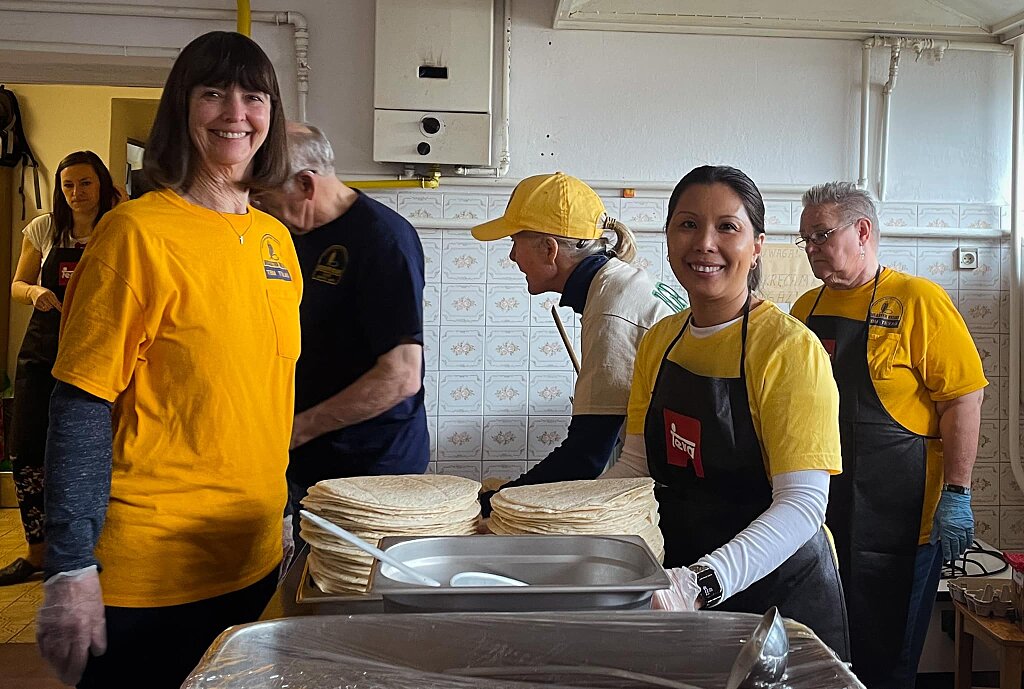 The ministry in shelters and supplies is part of a multi-pronged approach for TBM across the region. The ministry has invested more than $800,000 into the relief effort. Partnering with Baptists in other states, TBM has sent 100,000 meals into Ukraine. It is supporting missionaries in Romania and the efforts of Christians in Ukraine.

“This war will impact generations of Ukrainians,” said Mickey Lenamon, TBM executive director/CEO. “More than half of the country’s children have been displaced. The others are enduring a war with their family. These are difficult times for Ukrainians inside and outside their nation. Christ is clear in His command to love our neighbors. That’s exactly what TBM volunteers are doing by serving in Poland and supporting ministry inside Ukraine.”