Cabinets can seem like such ordinary parts of our living spaces, but they serve important practical tasks in helping people organize our belongings. They also can be done with quality craftsmanship.

TBM Cabinet Builders are using their craftsmanship to support a ministry to young Native Americans in Arkansas. In recent months the builders contributed 1,500 work hours and completed dozens of projects for On Eagles’ Wings, a ministry in Harrison, Ark.

On Eagles’ Wings has brought hope to Native Americans since 1992 by working to raise up young indigenous leaders.

In late 2021, OEW broke ground on a leadership training center designed to provide housing, meals and education space for an intensive nine-month leadership training program that equips students to take the Gospel message back to their reservations. 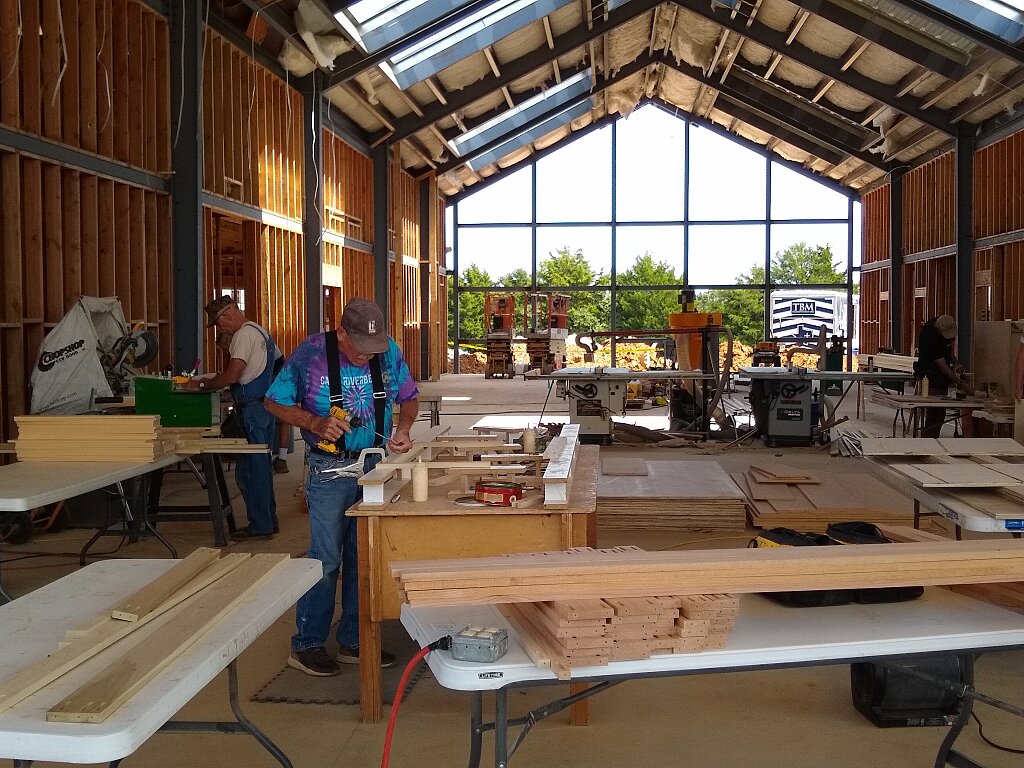 TBM Cabinet Builders partnered with Volunteer Christian Builders to assist OEW in much of its extensive interior woodworking needs in the new building.

Seven volunteers built 24 wardrobe units at the Dallas-based TBM workshop in August. In September, nine volunteers traveled to Harrison to deliver the wardrobes and complete a number of other projects, which included constructing 160 feet of cabinets, 40 feet of sink counters, 12 library bookcases, 195 drawers, 256 doors and eight bathroom vanities.

“Our ministry is designed to target young Native Americans all across North America,” said Don Larimer, OEW Leadership Training Center administrator. “We’re hoping this training center can not only help the students with their own relationships with the Lord but also help them disciple others.”

Many Native Americans profess belief in their traditional native religions, and few reservations have a strong Christian church presence, Larimer explained. The center will allow up to 26 students per course to be trained as Christian leaders before returning to their communities. 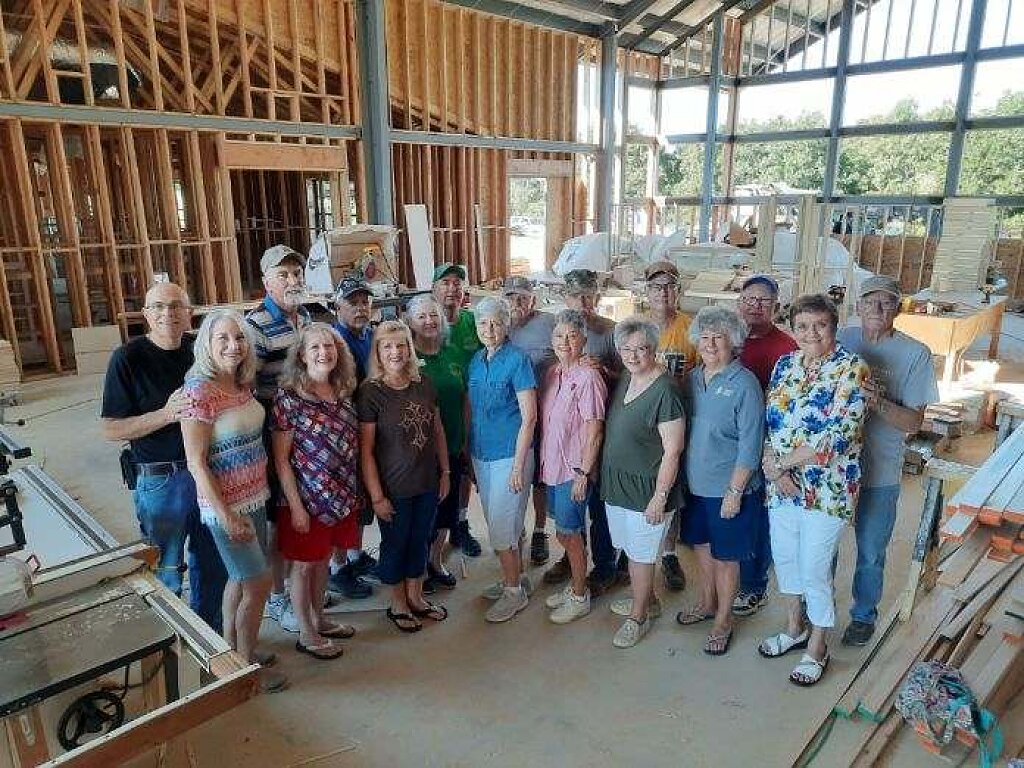 TBM volunteer Jim Casten said the project was unlike any other he’s experienced.

“Once we arrived on-site and interacted with the On Eagles’ Wings team, it gave us increased enthusiasm for what we were doing,” he said. “They have a ministry that is uniquely different from all others.”

Casten and longtime TBM volunteer Jack Tennison also built furniture for the dormitories, which will be delivered at a later date.

“We are super grateful for the work TBM committed,” Larimer said. “We felt like we were watching the church of Acts. This is a group of believers who travel together a lot. They even do their morning devotionals together. That’s what I would expect the church of Acts to look like.”

Cabinet Builders Coordinator Ralph Stephenson says the 1,500 hours amassed during the design and labor stages of the project was worthwhile.

“It’s a very underserved community,” Stephenson said. “Any in-roads that we can take to be a part of helping to evangelize Native Americans, certainly we need to participate. We were all very impressed with the need of the project and felt that it was really a privilege to be there.”