They came to Jerusalem. And He entered the temple and began to drive out those who sold and those who bought in the temple, and He overturned the tables of the money-changers and the seats of those who sold pigeons. And He would not allow anyone to carry anything through the temple. And He was teaching them and saying to them, “Is it not written, ‘My house shall be called a house of prayer for all the nations’? But you have made it a den of robbers.” -Mark 11:15-17 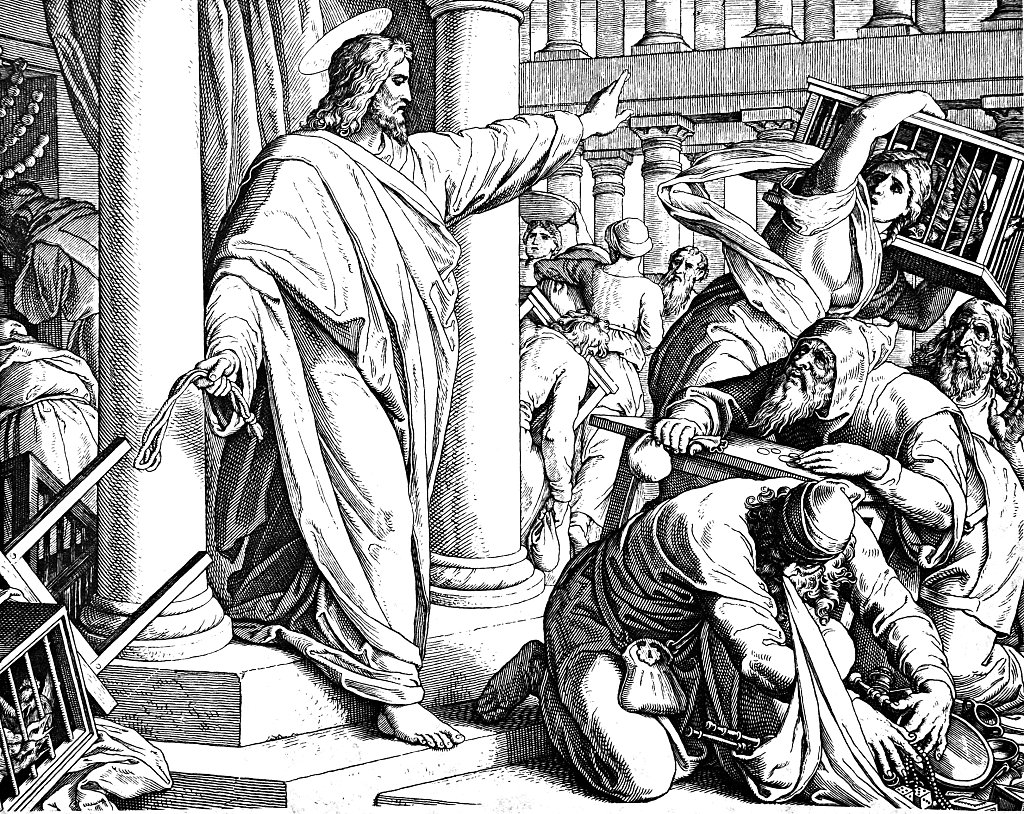 Today’s story is believed to have taken place on the Monday after Palm Sunday. Here, Jesus reprimands the religious system people have put in place.

Why did Jesus respond the way He did? Weren't the people at the temple to worship God? Why would Jesus cause such a scene at “church?”

To understand Jesus’ motivation, we must look at His words in verse 17, “My house shall be called a house of prayer for all nations ... but you have made it a den of robbers.”

He was quoting two separate Old Testament passages that addressed the heart of worship and the heart of the worshipper. Let’s see what Jesus was actually saying by looking at the passages He referenced.

Today, we also put up invisible walls that hinder people from coming to God. We unintentionally force people to look a certain way or act a certain way before they are accepted in church.

Jesus was known as a friend of sinners, the very people God desires to rescue. If we are not careful, we will unintentionally require them to get their act together before coming to  church. And it is this very thing that Jesus was attempting to address in Mark 11:15-17. Let’s be sure we are not on the receiving end of Jesus’ rebuke.

Furthermore, God is not interested in people coming to His place of worship without a heart of repentance and obedience to Him. He is more concerned with our hearts than He is with our actions. Don’t miss this. God expects our actions to be in line with His will, but too many people only focus on the exterior act of worship and never allow God to examine their hearts.

In Jeremiah 7:1-11, we see the people of God treating the temple as some sort of magical “safe house” that protected them from the consequences of their sins and escape judgement. They never intended to change their ways. They wanted their sin and God’s forgiveness at the same time. Yet, God would have none of this. It is important to note God desires to show mercy to all, but He will not allow us to continue to embrace our sin. He loves us just the way we are, but He loves us too much to leave us the way we are.

In the same way, the people in Jesus’ day were treating God’s house as a religious transaction between them and God. If they performed outwardly their form of worship, they believed then God would be contractually obligated to bless and protect them. This was a distorted view of worship many people to this day still hold. Jesus was addressing this view and attempting to show God wants our hearts, not our sacrifices. In fact, this is in line with what King David once said in Psalm 51:16-17, “For you will not delight in sacrifice, or I would give it; you will not be pleased with a burnt offering. The sacrifices of God are a broken spirit; a broken and contrite heart, O God, you will not despise.”

Today, examine your heart as you prepare for Easter. Come to the house of God with a proper view of worship. In verses 10-12 of Psalm 51, King David said, "Create in me a clean heart, O God, and renew a right spirit within me. Cast me not away from your presence, and take not your Holy Spirit from me. Restore to me the joy of your salvation, and uphold me with a willing spirit."